(A statutory authority established by Government of India) 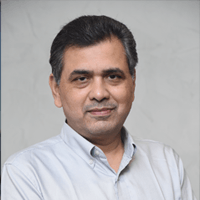 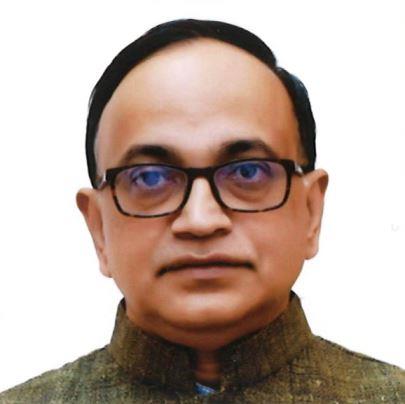 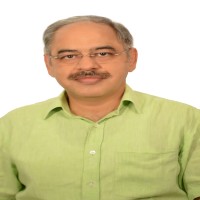 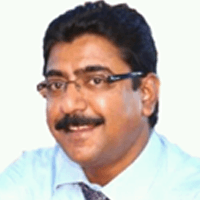 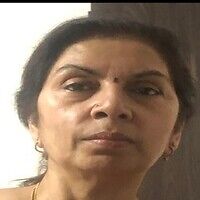 He has served as India’s Director in NDB and AIIB Board. He is India’s Deputy to ADF, IMFC, WB-IDA and Principal Representative in SAARTAC and also a Director in the Board of EXIM Bank of India.

Previously, Mr. Mishra served in a variety of government capacities, including as Joint Secretray and Additional Secretary, Department of Economic Affairs, where he was involved in the Budget making process for two Union Budgets (2020-21, 2021-22).

During this period, paperless and digital budget (2021-2022) was presented to Parliament by Ministry of Finance for the first time. He was also involved in managing the financial resources of Government of India during COVID crisis in 2020-21.

He has in past contributed to labour reforms, establishment of Skill Universities, Urban Development and Taxation etc. He has served as Collector and District Magistrate of Jaisalmer and Jodhpur.

Shri Suchindra Misra is Additional Secretary in the Department of Financial Services, Ministry of Finance, Government of India.

He is an alumnus of Delhi University and XLRI-Xavier School of Management, Jamshedpur.

Shri Injeti Srinivas belongs to the 1983 batch of the Indian Administrative Service (Odisha cadre). He retired from the service on superannuation in May 2020 after serving for nearly 37 years in various leadership roles in the Government of India and the Government of Odisha. He is Graduate in Economics (Honours) from the Shriram College of Commerce (University of Delhi) and did his Masters in Business Administration from Srathclyde Graduate Business School (University of Srathclyde, the UK.

Early in his career, as Director looking after Foreign Investment Promotion Board in the erstwhile Union Department of Industrial Policy and Promotion (now known as the Department for Promotion of Industry and Internal Trade), he was credited for the inclusion of Brownfield foreign direct investment (FDI) as part of the FDI inflows reporting system (which was recommended by a technical committee chaired by him). He was deeply involved in the liberalization of FDI Policy and industrial policy reforms, including placing most sectors under the automatic route and de-licensing most industrial sectors(during the period 1998-2003). As Union Secretary to Government of India in the Ministry of Corporate Affairs, he played a key role in the implementation of several major economic reforms carried out by the Government, including the Insolvency and Bankruptcy Code, which is considered as one of the deepest reforms undertaken in the country that has had a positive impact on the borrowing culture in the country and helped banks to effectively tackle the problem of non-performing assets. He is also credited with taking several initiatives that enhanced the ease of doing business at all stages in the life cycle of a corporate entity (entry, operation, restructuring and exit), including decriminalisation of offences of technical and procedural under the Companies Act. He implemented major initiatives on the corporate governance front, including strengthening the institution of independent directors. He chaired several committees constituted by the Union Government of India, the prominent ones including the Insolvency Law Committee, Competition Law Review Committee, Committee on Decriminalisation of Companies Act and High Level Committee on Corporate Social Responsibility. He is currently a member of the Financial Stability and Development Council (FSDC) and the Sub-committee formed under it.

His domain specialization areas include, among others, corporate law, industrial policy, foreign direct investment, development financing and MSME development. He assumed the responsibility of chairperson of IFSCA on the 9th of July 2020.

Shri Saurav Sinha, a geophysicist by qualification, joined the Reserve Bank in Kolkata in 1988. After a few years of working in the domestic currency management area, he was transferred to Central Office, Mumbai where he worked as a portfolio manager involved with the management of the foreign exchange reserves of the country, as also in the management of the exchange rate of the rupee. On transfer to Bhopal, he was posted to the Department of Banking Supervision, which assignment continued on transfer to Chennai. He then took over as In-Charge of the fledgling Reserve Bank Office at Ranchi before being transferred back to Central Office as head of the newly set-up Corporate Strategy & Budget Department. Thereafter, he was in-charge of Department of Regulation before being promoted as Executive Director and is currently working in the area of Regulation of Commercial banks, Urban Cooperative banks and NBFCs.

Shri Sujit Prasad, presently Executive Director in charge of Market Regulation Department and Department of Debt & Hybrid Securities, has been with SEBI for more than two decades. He has vast experience of working in various SEBI Departments like Investigation, Surveillance, Derivatives, Market Intermediaries’ Supervision, etc.

He has been the co-chair of IOSCO Task Force on OTC Derivative Reforms, Member Secretary of RBI/SEBI Technical Committee on Currency and Interest rate Derivatives and member of various other committees.

Shri Prasad is a graduate in Economics from St. Stephens College, Delhi and Masters in Economics from Delhi School of Economics, Delhi. He also has Masters in Public Policy from National University of Singapore and Columbia University, New York. He is also certified as Financial Risk Manager by the Global Association of Risk Professionals (GARP).

With a career spanning over 31 years, Shri Ananta Gopal Das is at present Executive Director in PFRDA, looking after large portfolio such as Regulations of all intermediaries under National Pension System (NPS) architecture, Supervision related activities of Pension Funds, he also takes care of marketing, promotion, product development and distribution of NPS in Central and State Govt. employees, Central & State Autonomous bodies, Corporate sector and Private sectors for all citizens of India.

He is in-charge of Atal Pension Yojana – a Pension Scheme of Govt. of India and takes care of its distributions through Banks, RRB, DoP and other service providers.

He is also an active member on various fora and has been representation PFRDA under various platforms like Early Warning Groups of FSDC-SC, financial inclusion and literacy etc.

Prior to this Shri Das had a very enriched banking career in Banks in various capacities for 28years and elevated to General Manager before joining PFRDA as CGM.

Dr. (Ms.) Mamta Suri is the Executive Director, Insurance Regulatory and Development Authority (IRDAI). She heads the Finance & Investment department and the Compliance & enforcement dept. in the Authority. She has been associated with IRDAI since 2001. She handles various issues related to registration of insurance companies, off-site monitoring of financials of insurance companies, both life and non-life; issues around the re-structuring of insurance companies, M&A activities, IPO related matters, financial due diligence of promoters, solvency position of general insurance companies and matters relating to corporate governance, stewardship code are some of the areas handled by her. In the interim she also served the Insolvency and Bankruptcy Board of India as its first Executive Director from 15th August 2017 (2 years). On deputation from IRDAI she was Handling various portfolios including service providers, Individual Insolvency, Registered Valuers, Institutions, and Handling Corporate Insolvency Resolution Process, Advocacy, Legal, Finance and establishment matters.

Her professional and academic qualifications include M.Sc in Insurance and Risk Management from Cass Business School London, Chartered Financial Analyst and Diploma in Insurance from Chartered Insurance Institute, London. She has a doctorate in Finance from University of Delhi.